Skip to main content
Catchup on all the latest action from ${round}!
Previous
Next
Loading…
Watch every match live and on-demand...

Adelaide were dominating the clearance and stoppage counts midway through the second quarter, but momentum swung back the Cats way when Chris Scott made a daring move, switching Mark Blicavs into the ruck.

The move paid instant dividends with Blicavs playing a key role in helping the Cats wrestle back the momentum and win the stoppage, clearance and contested possession counts from that moment onwards.

READ - CATS COULD USE BLICAVS IN THE RUCK AGAIN

Jed Bews was terrific in his first match of the year after an injury interrupted start to the year. Tasked with the challenge of playing on Eddie Betts, Bews kept the crafty Crow goalless while pushing forward to kick just the seventh goal of his career.

“It was a baptism of fire wasn’t it? We thought he was fantastic,” said Chris Scott.

When… the Cats needed a spark, Gryan Miers stepped forward

When the Cats needed a spark after half-time it was Gryan Miers who shone above all. Miers was instrumental in the third quarter with game-highs for metres gained (185), inside 50s (4) and score involvements (4). The dreadlocked Cat also kicked two goals to take his season tally to 18. 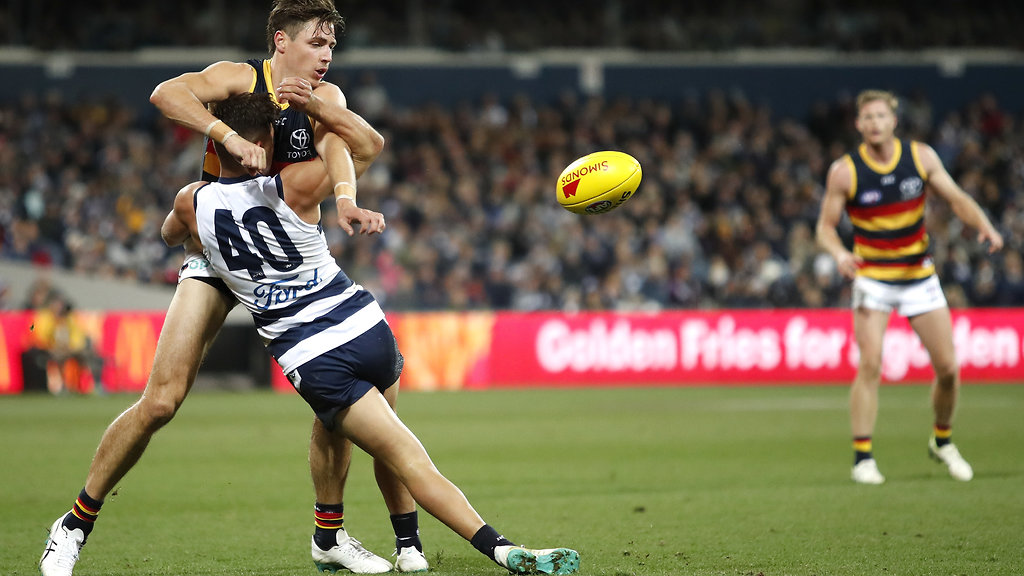 Giving away 10cms plus to his opponents throughout the night, Luke Dahlhaus’ performance against the Crows was full of heart. The small forward provided a tremendous contest in the air, helping bring the ball to ground while also applying six tackles in a spirited performance.

“I thought he was fantastic and was competing against bigger opponents too much. He’s a little fighter. He had a big impact on the game,” Scott said.